I enjoy photographing spiders. However, spiders usually produce an revulsion in most people, but if we start to know them a little more, surely our perception of these living beings will be slowly replaced by respect and admiration.

Spiders belong to the subphylum Chelicerata. They are characterized by having four pairs of legs – except for mite larvae, which have three pairs of legs, and a group of plant-feeding mites that have just two pairs of legs. Spiders are called Chelicerata because of the Chelicerae, a mouthpart that they use to eat.

Within this subphylum we have three types of Chelicerata, two

of them are strictly marine species: : The sea spiders and horseshoes crabs. And the third class is Arachnida, home to the most majority, 99.99% of chelicerates. They are mostly terrestrial. And they are divided into 16 orders. The most common are: scorpions, pseudoscorpion, harvestmen, whip spiders, spiders and six orders of mites.

Spiders are one of the most diverse groups of animals with more than 100 families and more than 45.000 species named around the world. Spiders are found worldwide on every continent except for Antarctica and have become established in nearly every habitat with the exceptions of air and sea colonization.

Spiders are predators, and they basically use two ways to get their food. Many spiders are active hunters and others passive ones. While all spiders produce silk, not all use it to produce webs. The active hunters mainly wander looking for their prey.

The silk is also used for making sacs or oothecas to protect eggs, to line a burrow or other retreat, to wrap up a prey, and to produce a dragline that holds the spider.

Spiders use a wide range of strategies to capture prey: trapping it in sticky webs, lassoing it with sticky bolas, mimicking the prey to avoid detection, or running it down. Most detect prey mainly by sensing vibrations, but the active hunters have acute vision. Spiders’ guts are too narrow to take solids, so they liquefy their food by flooding it with digestive enzymes. They also grind food with the bases of their pedipalps, as arachnids do not have the mandibles that crustaceans and insects have.

Beyond all the general characteristics that make a spider a spider, they are an amazing group of animals with a complex set of adaptations and strategies, making them for me, outstanding creatures.

With the aim to raise some empathy in the people about them, I will give you some astonishing facts that I believe will make you think about spiders in a different way.

There are spiders with “maternal instincts” that care for their  eggs, some even carry them wherever they go in a kind of bag they weave called ootheca. Other species carry their offspring on their bodies from birth until they grow up and become independent.

We can also think of their magnificent fabrics, some of them with almost perfect, orbicular, structures, including some of exceptional sizes, especially when compared to the size of whoever builds them.

Another curiosity is that it is probable that the ability to make orbicular webs evolved just once, in the ancestors of orb web spiders, but scientists are still not sure if all the orb web spiders belong to a unified group.

Some spiders use dry adhesive silk, but most of the orb-web spiders employ wet sticky droplets.

Another peculiarity is the resistance of the silk, as in the case of the imposing spider golden silk, which is now under investigation in laboratories for being tougher than a steel wire of the same thickness, a property that suggests many uses and applications in engineering.

Some species of orb weaver make some decoration on their webs. Some of them can have the shape of X, a simple line, or a circle. Scientists are not completely sure about the function of the web’s decorations. But they have some hypotheses about it. One of them refers to the possibility that the extra component provides some kind of camouflage that could help to avoid predators, other potential functions can be that make the web more visible in order to warn of large animals that could

damage the web. And the third idea is that it can serve to attract prey to the web. Nature is so complex that sometimes it is not easy to interpret it and know the functions behind every adaptation or every behavior.

Anyone who has seen a jumping spider once, will have realized that they can see us even from the back. In these jumping spiders (family Salticidae) they have four pairs of simple eyes (unlike the compound eyes of insects), arranged in the front area and on both sides of the head, allowing them to have a visual field practically of 360 degrees. This extraordinary visual acuity is due largely to their two, characteristic, central large mobile eyes.

This excellent vision serves them for hunting, as they are active hunters, which means they do not catch their prey by producing fabrics but lurk in wait of food. But this visual feature is also essential for dating, where once the male finds its possible partner, it starts a complex dance spreading its front legs and abdomen with the sole aim to impress the female, while avoiding being eaten during copulation.

Another feature of jumping spiders are their jumps (hence its name), not only forward but also sideways and backwards. The jump occurs as a result of an internal pressure of the hemolymph (equivalent to blood) which is discharged violently, while the eight legs energetically push.

Other kinds of spiders that have evolved vision are called wolf spiders or wandering spiders. These spiders are also active hunters and for that they needed not only to have good vision, but also to be able to develop night vision. They have in some of their eyes a reflective membrane called “tapetum”, which reflects external light and allows them to improve vision in low light conditions and females looking at its pedipalps (its “arms”). Males’ pedipalps look like a “boxing gloves”. Both the male and female reproductive organs are at the rear of the abdomen, but spiders do not mate by coupling these organs. Instead, the male deposits some sperm onto a small web and picks it up on the end of his pedipalps. When the female is in position, the male deposits the sperm in the female’s genital opening.

The female stores the sperm in receptacles near the ovaries. When she is ready to lay her eggs, months down the road in some species, she uses the sperm to fertilize them. Some spiders may lay hundreds, even thousands of eggs in one shot.

Many spider species do make a once-in-a lifetime move to a new location, primarily in the late summer and early fall of their birth.

Most species of spiders are solitaries but a few of spider species that build webs live together in large colonies and show social behavior, although not as complex as in social insects.

Spiders were represented in some cultures as potentially dangerous animals, even in movies appearing as monsters, but the fact is fewer than 1% of all species represent danger for humans.

For example, tarantulas have a bad reputation and people believe that they are fatal to humans, but the fact is that most species of tarantulas do not pose a threat to humans. Just two genres that live in Australia, Atrax and Hadronyche. But unfortunately, around them there are a lot of myths that do not do them justice, and many people kill them when in fact they are harmless living beings.

There are an amazing number of stories and facts about the spider’s fantastic lives. While we are just knowing them and discovering new species especially in the tropical forest they are being affected by the actual situation of the planet, mainly by habitat alteration such as deforestation, agriculture, grazing, and urbanization.

and changes spider community composition drastically. As happens with all arthropods they are also affected by pesticides, which decrease spider populations in agro-ecosystems, affecting the ability of spiders to control pest species.

I invite you to learn more about spiders. I am sure you will discover a universe of adaptations and ecological stories that make you see them in a different way with respect and admiration. Even with your cell phone you can increase the magnification to get a closer look at spiders you spot.

Now I am living at La Cotinga Biological Station, so I enjoy spotting some amazing natural history moments of these amazing creatures every day. 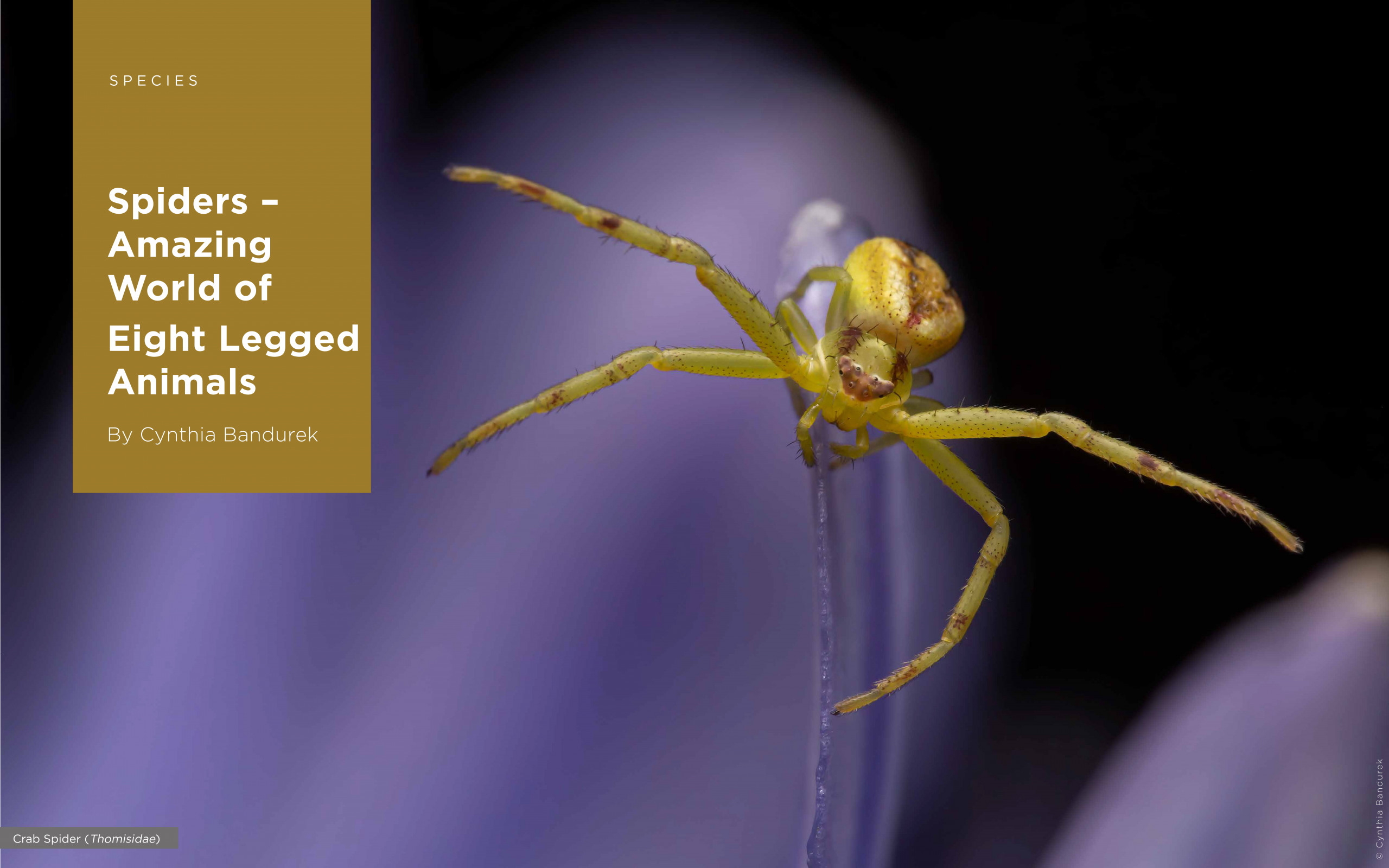 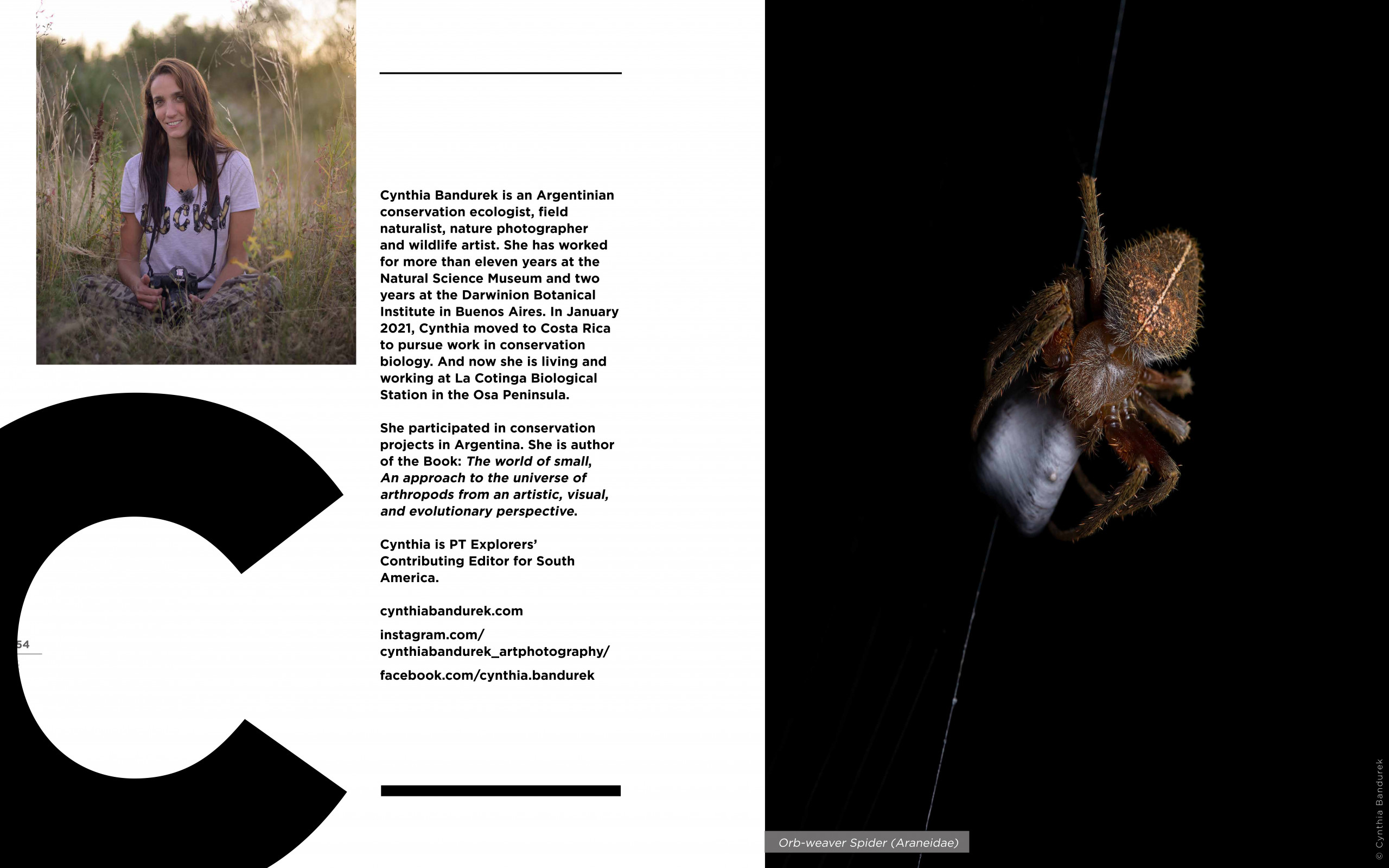 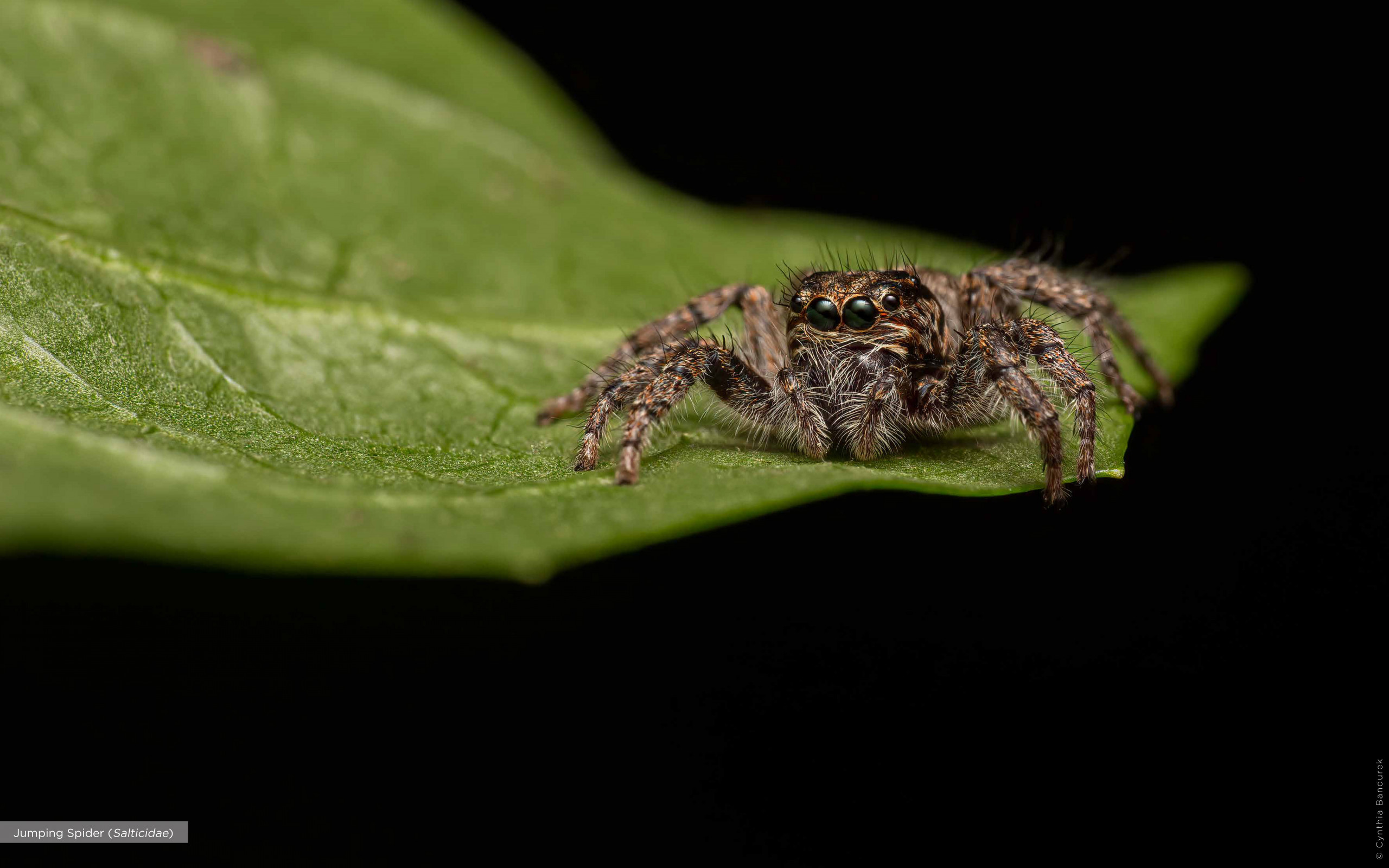 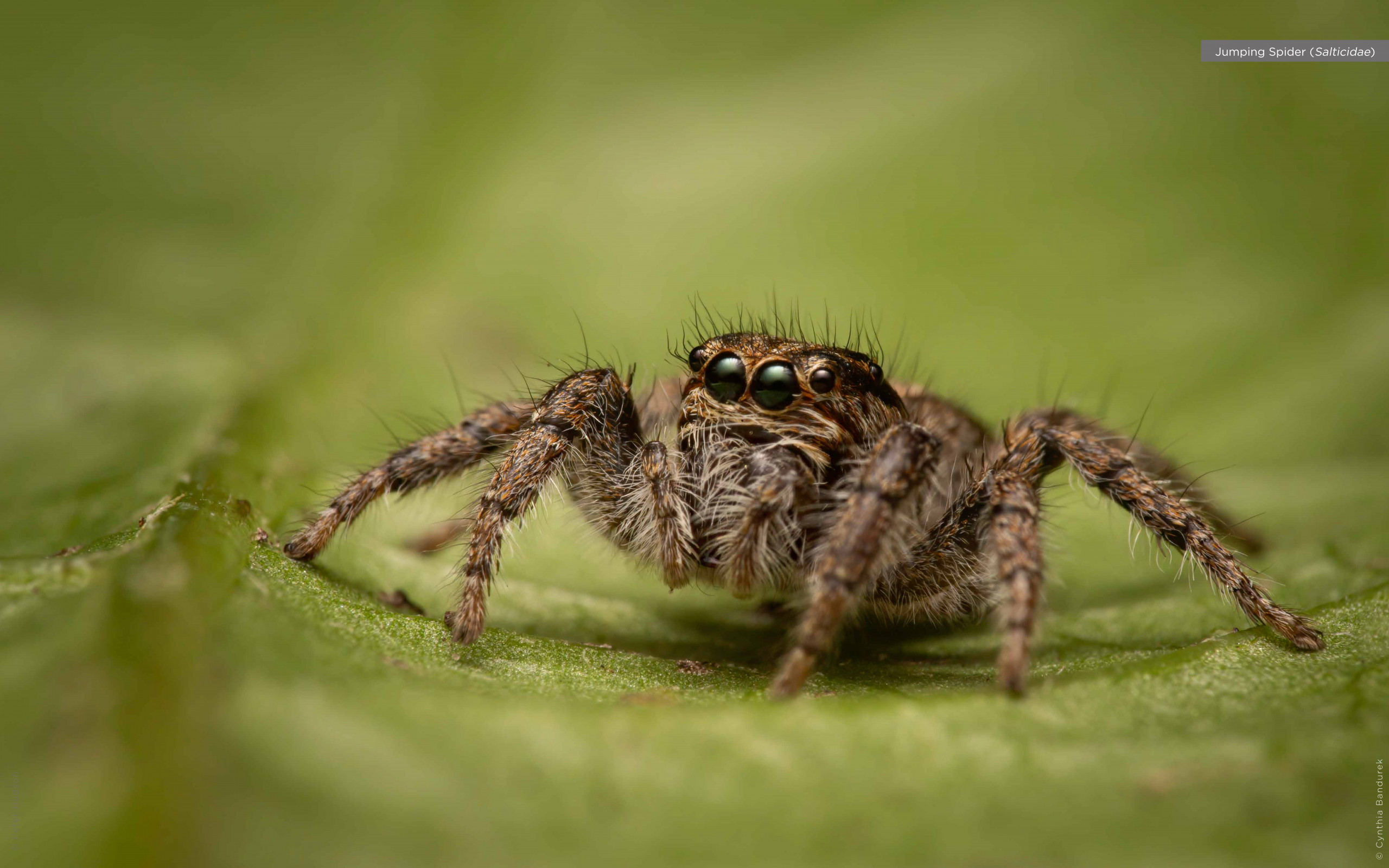 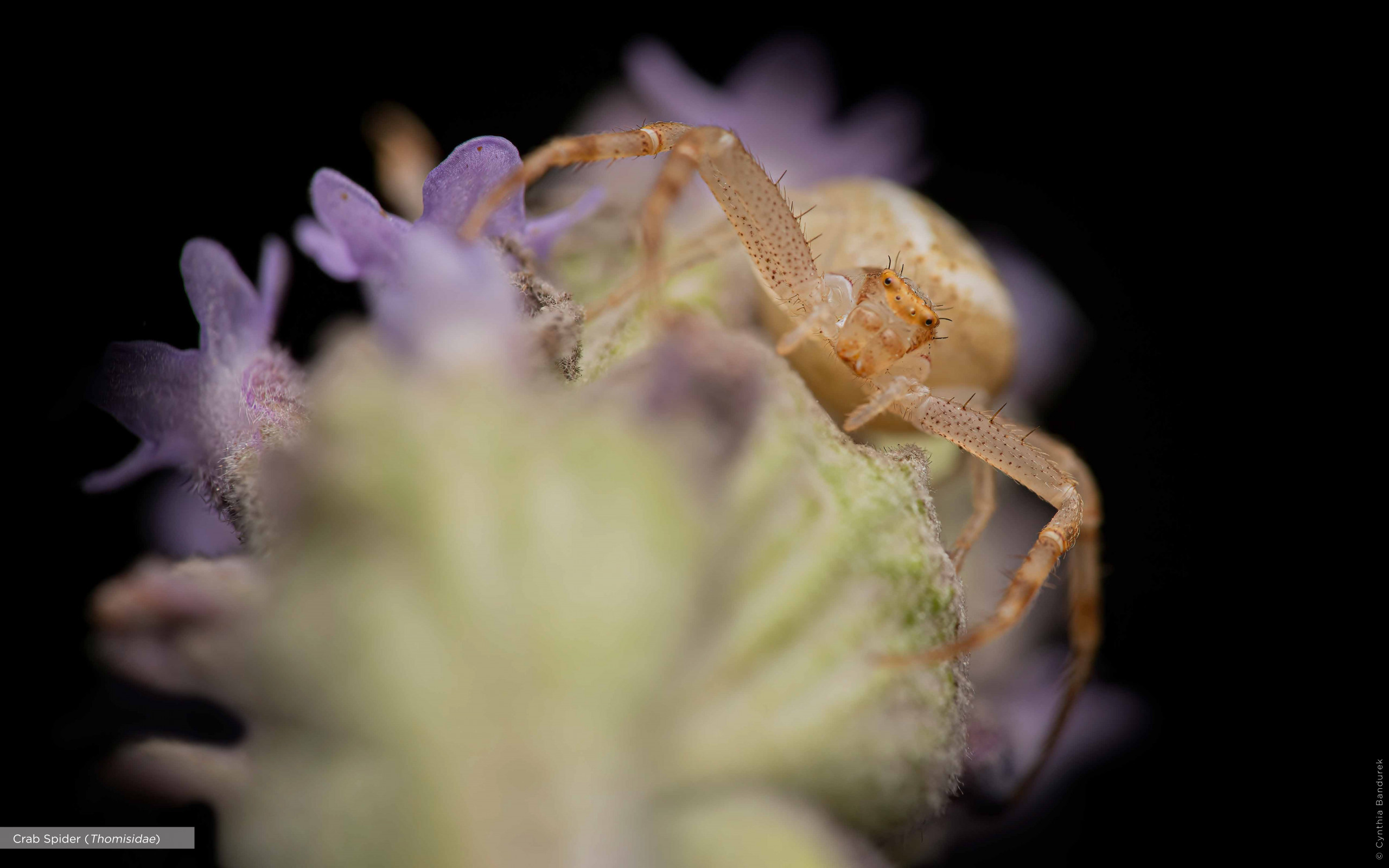 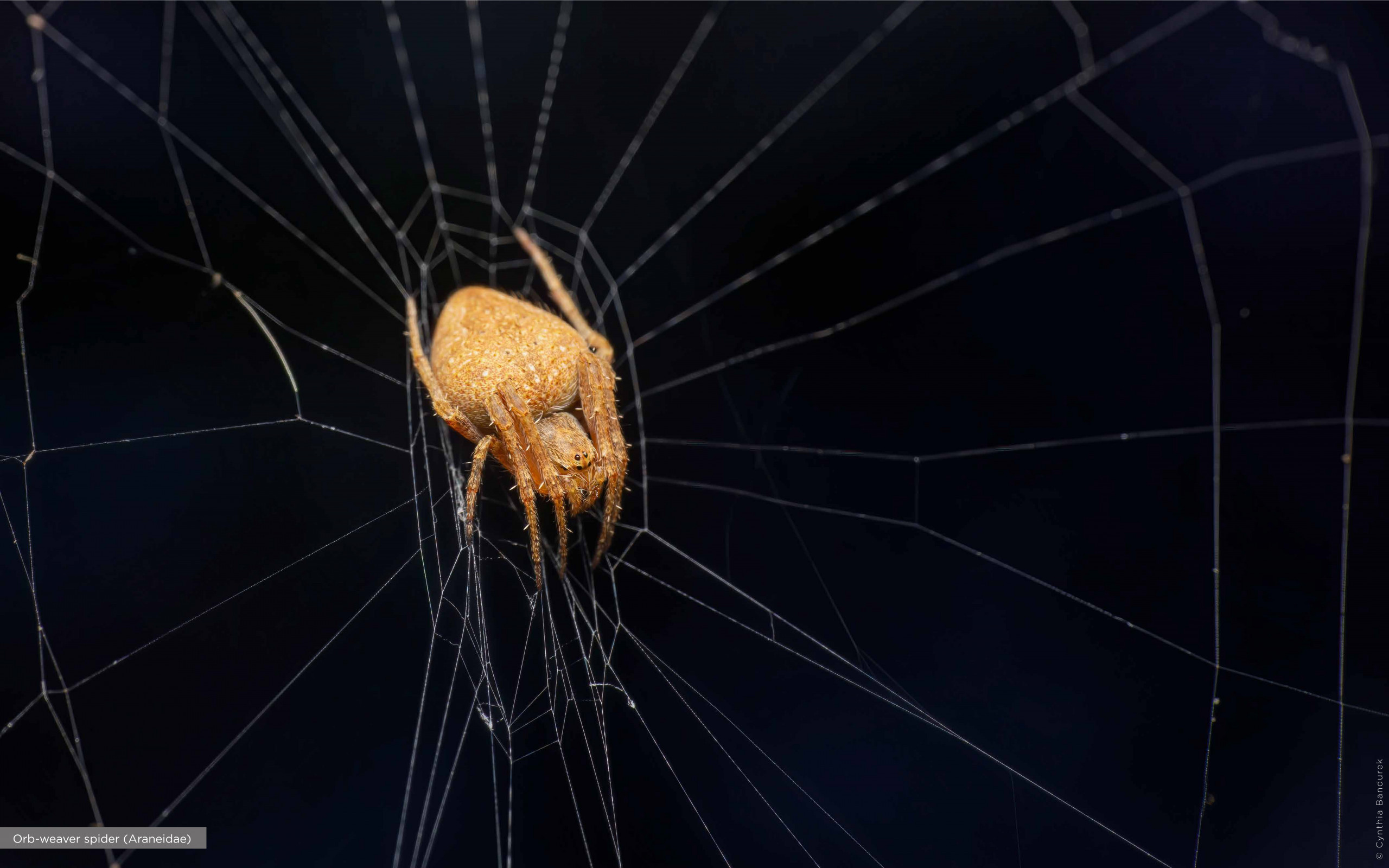 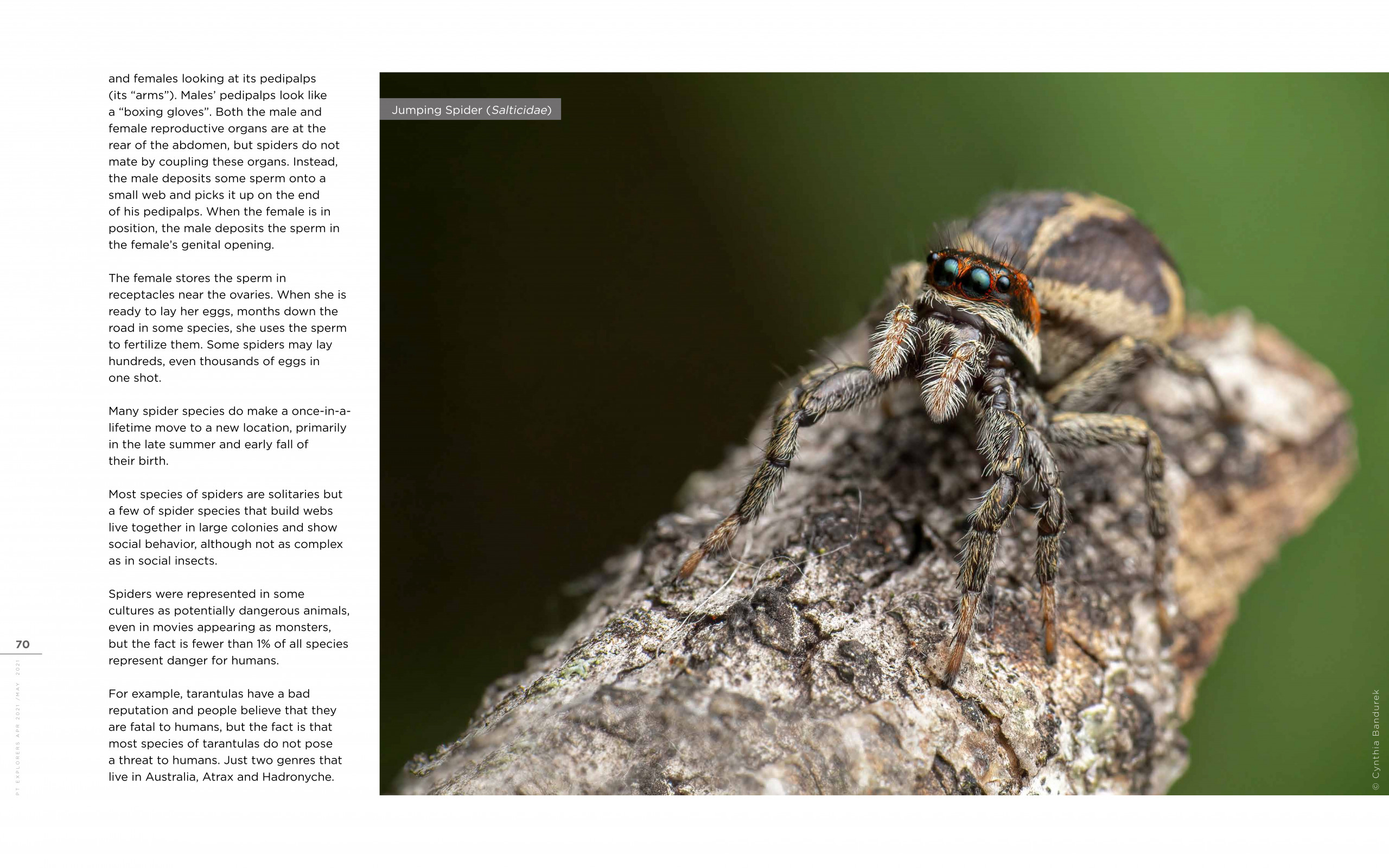 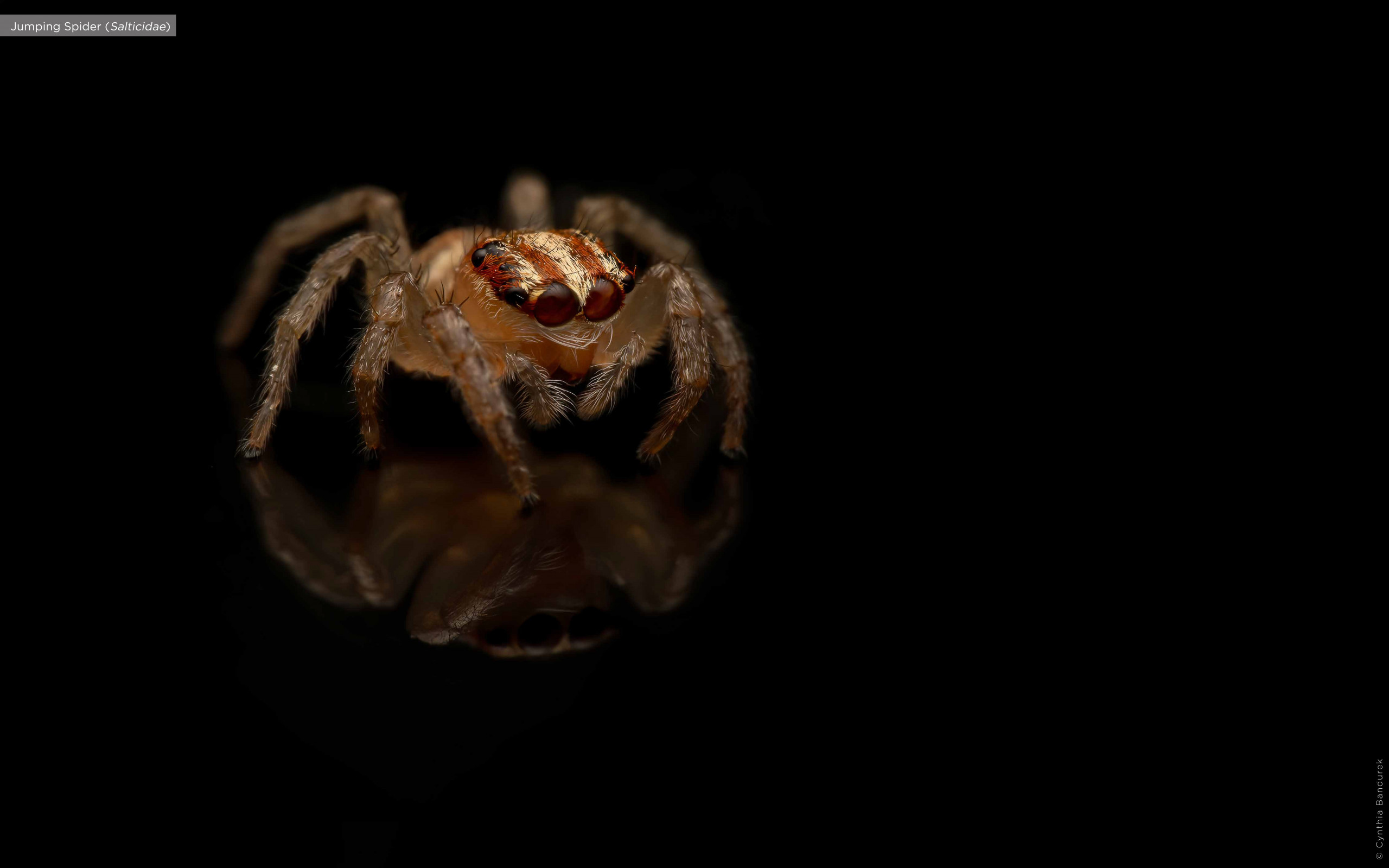 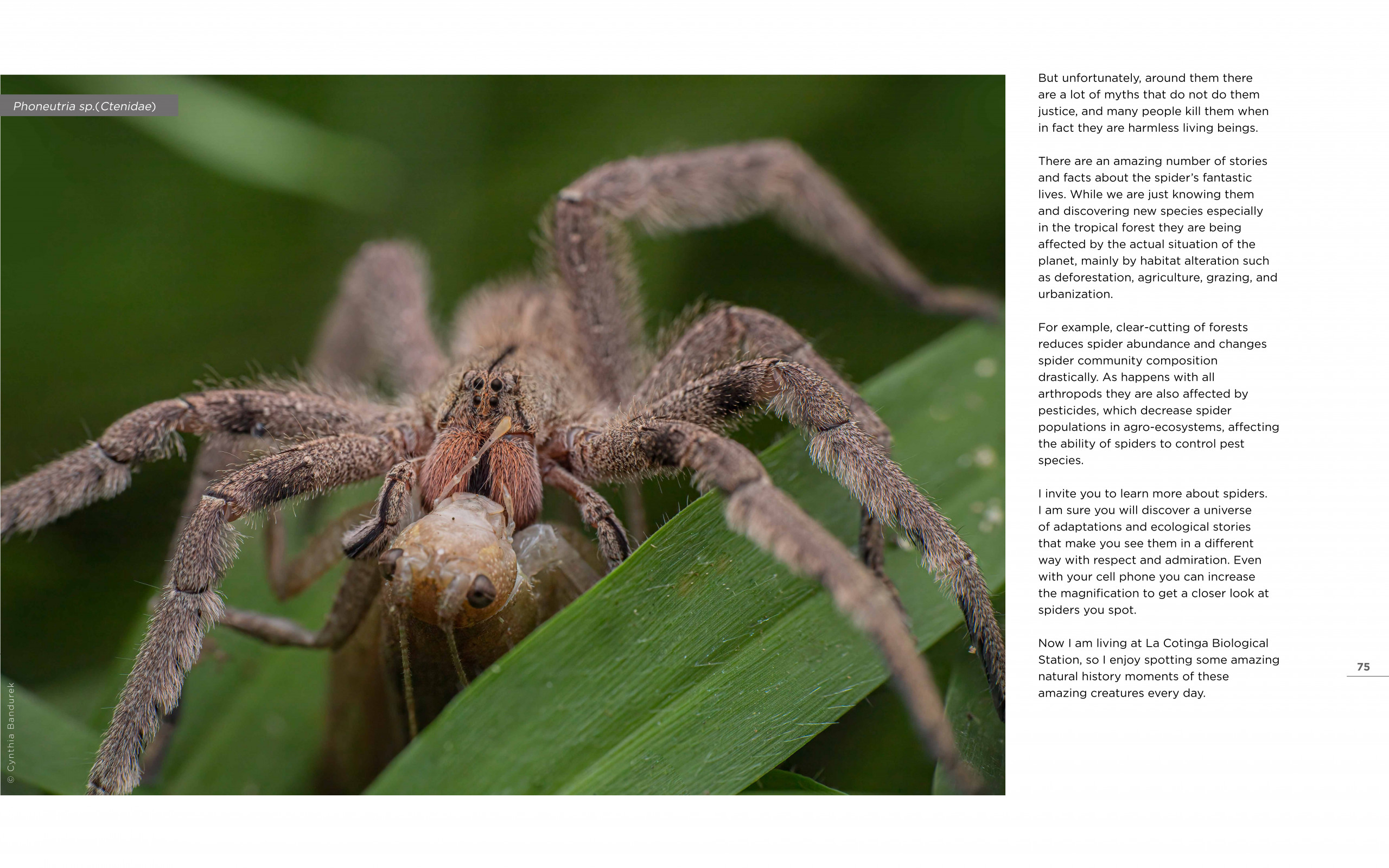 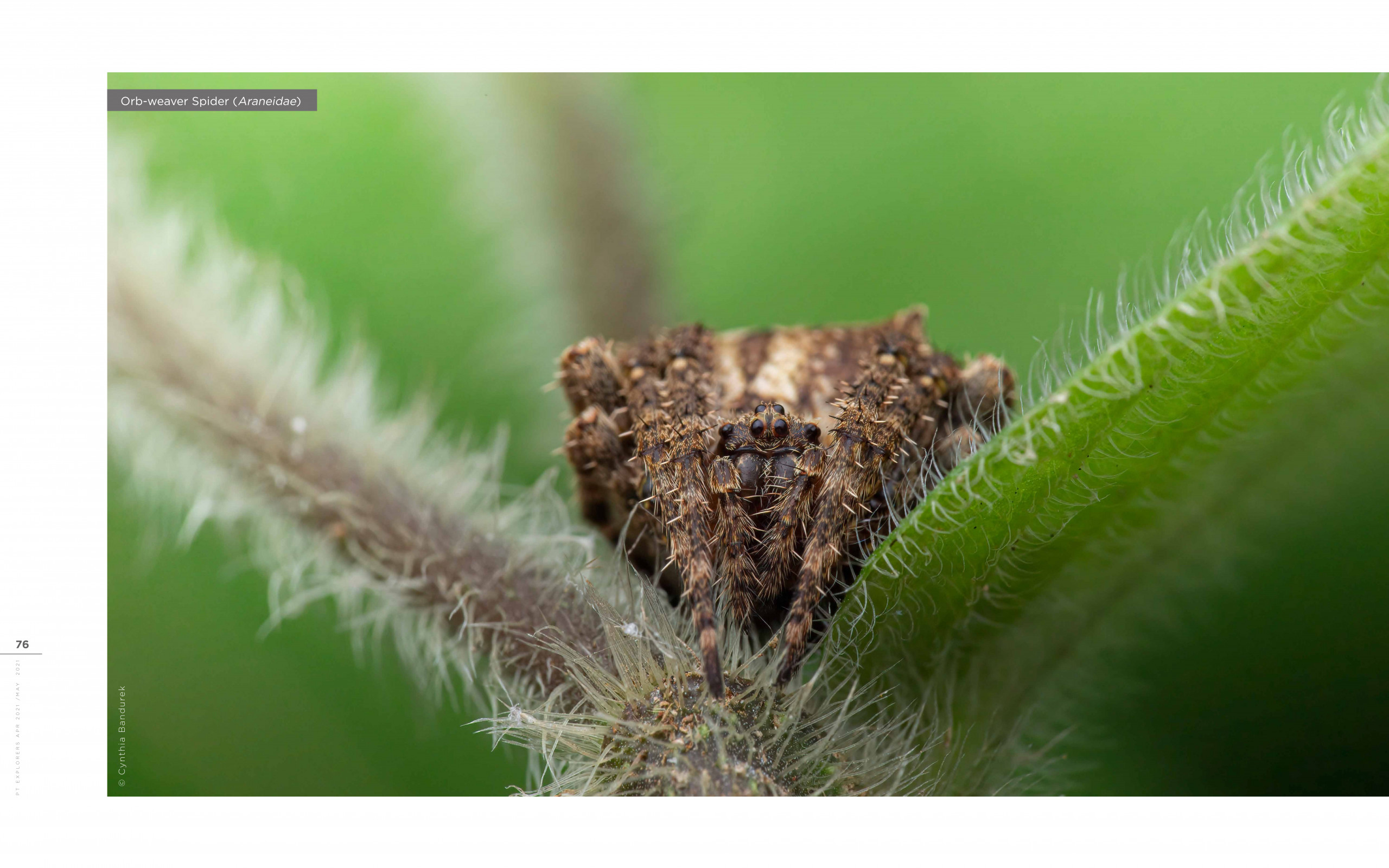 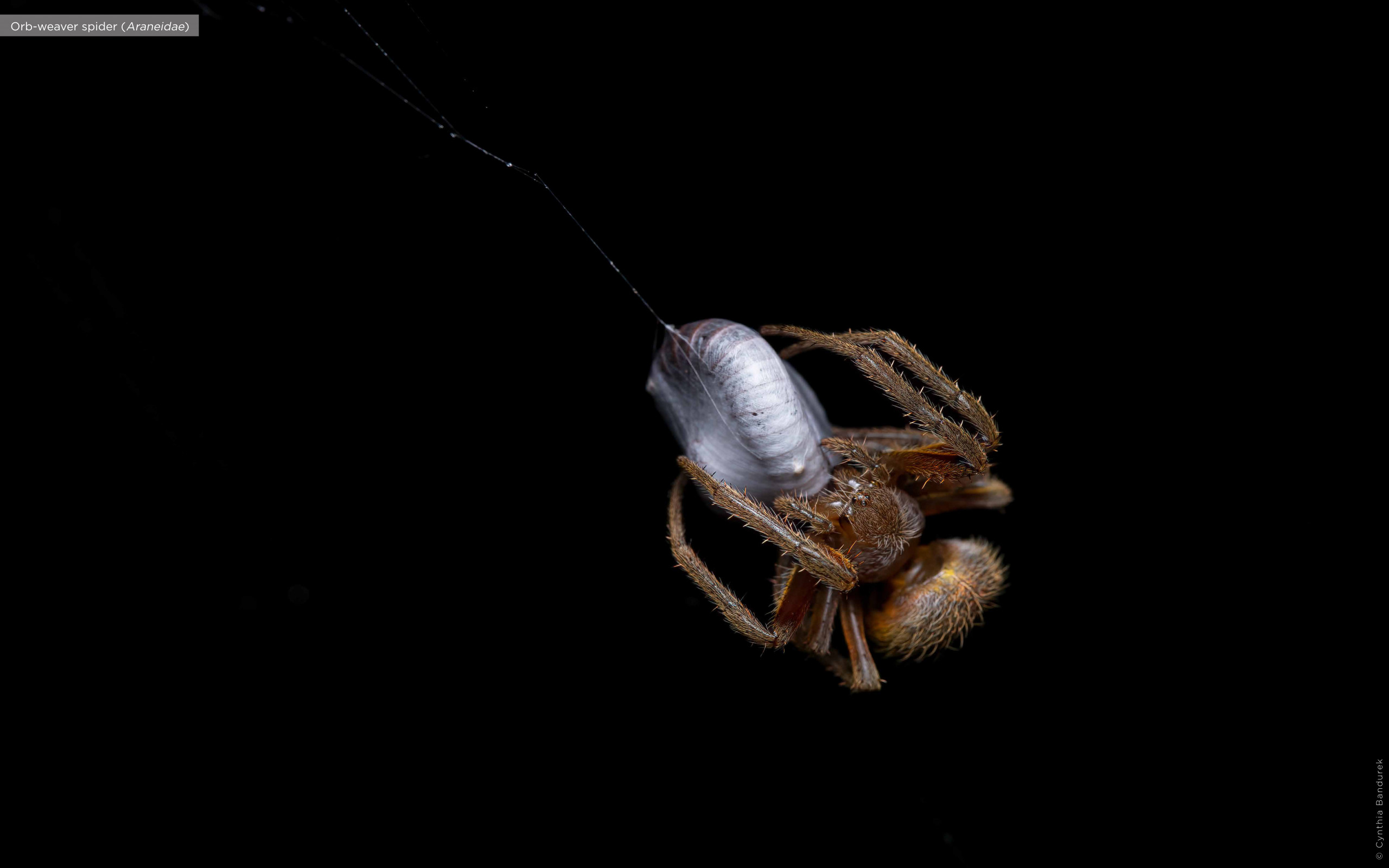 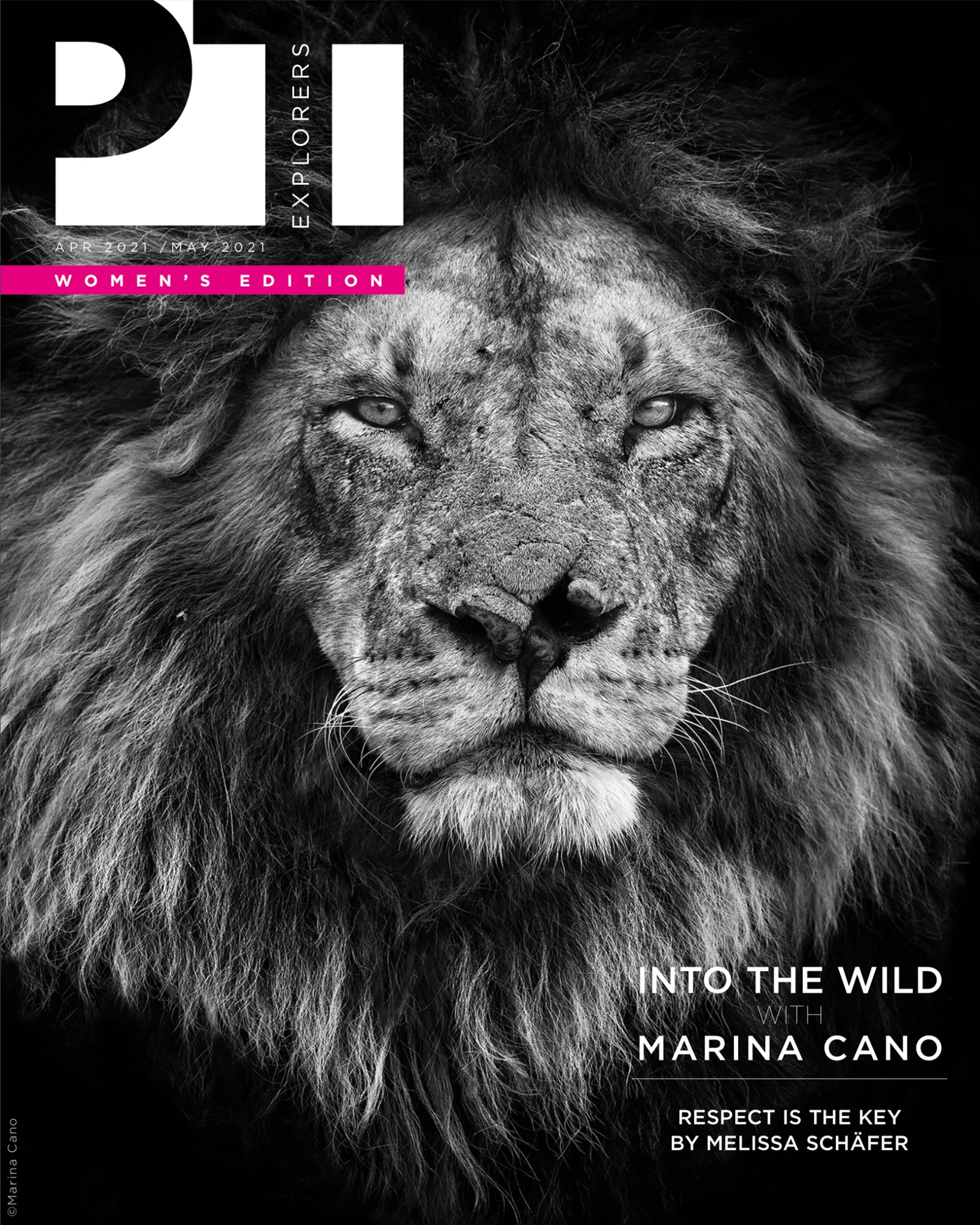