The world of the tiny- (Published in Objetivo Natural Magazine, Spain) By Cynthia Bandurek

When it was time to attend classes during my career to become a Naturalist, I was just starting to approach these amazing world of the arthropods. It was in those years when I discovered macrophotography and through it I was able to access the lives of these amazing beings with more profundity.

The world of arthropods reveals itself to me as striking and it is hard for me to think that for the vast amount of people it goes unnoticed or does not receive the respect it deserves.
Learning about these creatures enables us to offset in some way the negative connotation which they possess, for as perception of fear and uncertainty towards the unknown prevails amongst us.
Due to the limitations of our own biology which hinders us from noticing certain details, we resort to technical means to be able to access a universe of structures, colors, functions and adaptations, which exceed by far the boundaries trodden by any science fiction author.

Preservation of these beings is essential to ensure the preservation of an intricate network based on complex relationships, those which enable the fragile balance of life and therefore our existence. This by itself could be enough to consider their protection, yet, there is another aspect which adds further significance to their conservation and it is the intrinsic value of life; i.e. it transcends expressions based on valuation and utility standards for the human being to open new scenes in which the mere life manifestation is a value in itself.
Arthropods have been in existence for more than 350 million years on earth, an exorbitant amount of time if we happen to compare it with the time that we humans (Homo genre) have trodden the same place (less than 3 million years). It is reasonable to think that the strategies which they developed, enabled them to have the success they possess. They entail the most diverse group on earth; out of the total of known species, three quarters constitute arthropods. Their great potential to evolve is connected with the development of a cuticle which formed the exoskeleton which characterizes them, that which allowed them to leave the water and colonize the land preventing them from drying. They were also the first organisms to develop flying 150 million years before than reptiles, birds or flying mammals, which enabled them not only to colonize the earth but also the airspace.
Among the arthropods we could find insects, spiders, scorpions, ticks, mites, Arachnida, crustaceans, millipede, centipede, trilobites (these almost extinct) and many other not so well known (species).

Diversity and the most various shapes are the result of their interactions with the environment and their diverse situations. This constant and endless race of living creatures struggling for a place in the conquest of life has enabled nature to deploy countless variables in each given situation. Arthropods have, along their long evolutionary journey, been able to not only gain the ability to erect air-conditioned condominiums, build acoustic equipment, make paper, take slaves, grow gardens, breed other animals, create their own oxygen tanks to breathe under water and cause explosions, among many other amazing adaptations, thus anticipating many of human inventions.
The more we dig deeper into the life, behavior and adaptations of this group of animals, the more surprising they will appear to us and we could then comprehend not only their importance in the ecosystem but the reason why they have always been a source of inspiration, not only to our engineering but to our science and art as well.

By respectfully observing nature we could learn, recreate, imagine and maybe even become better. 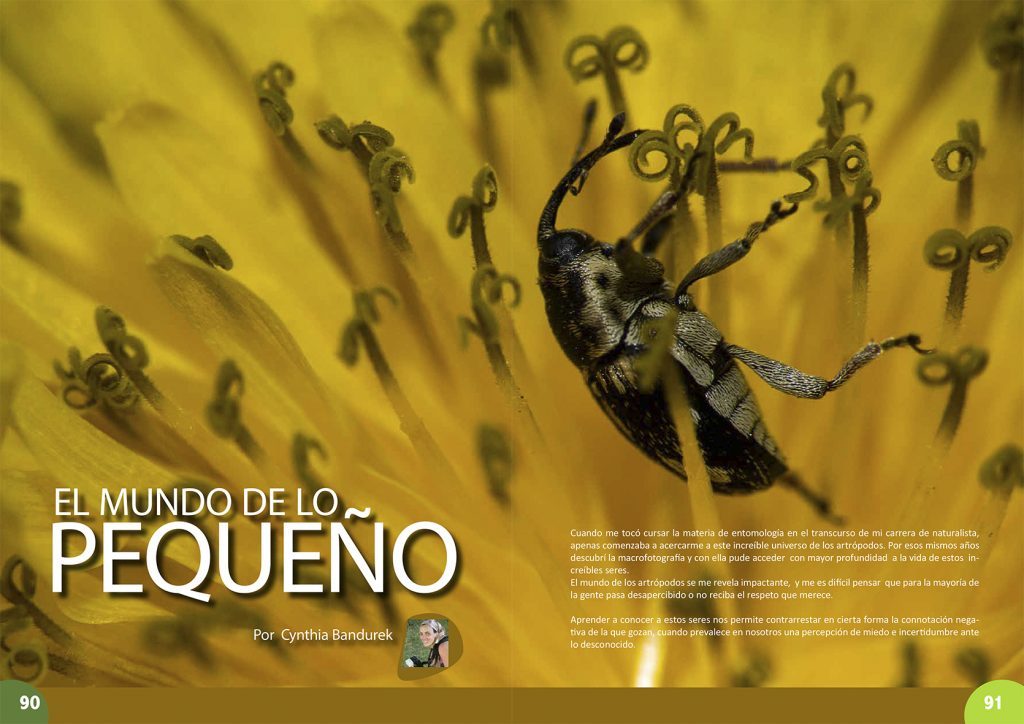 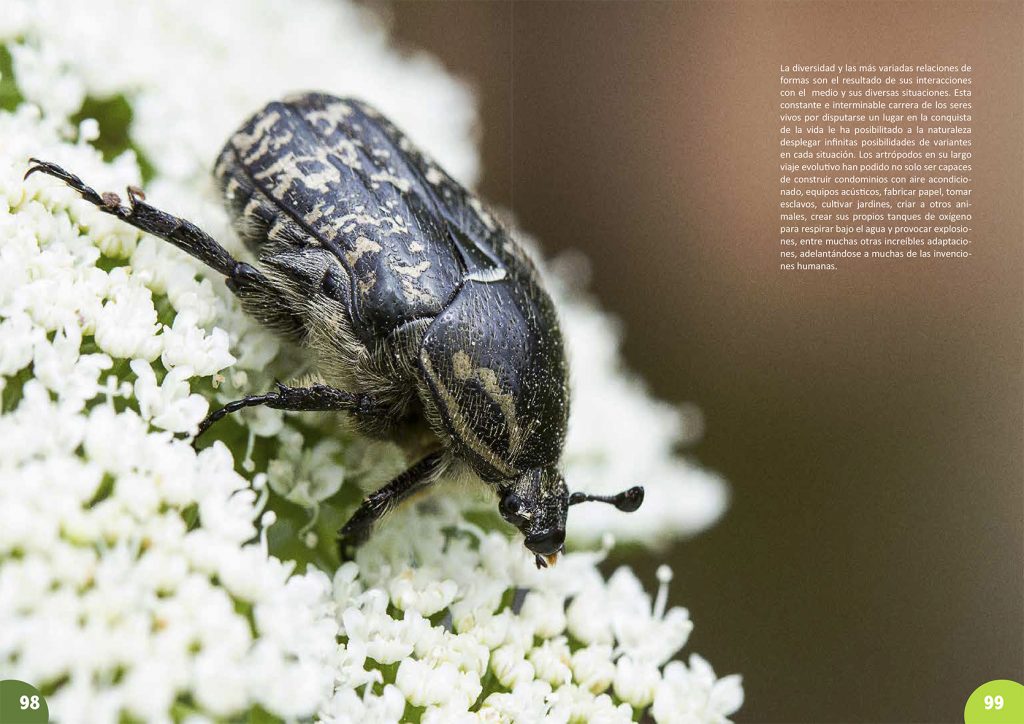 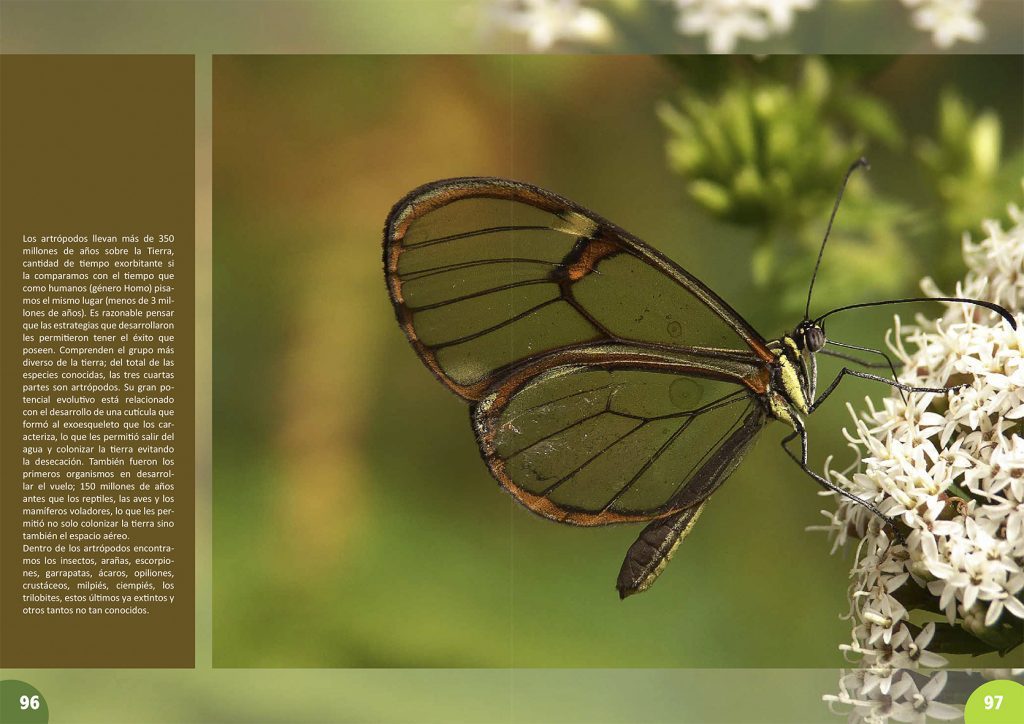 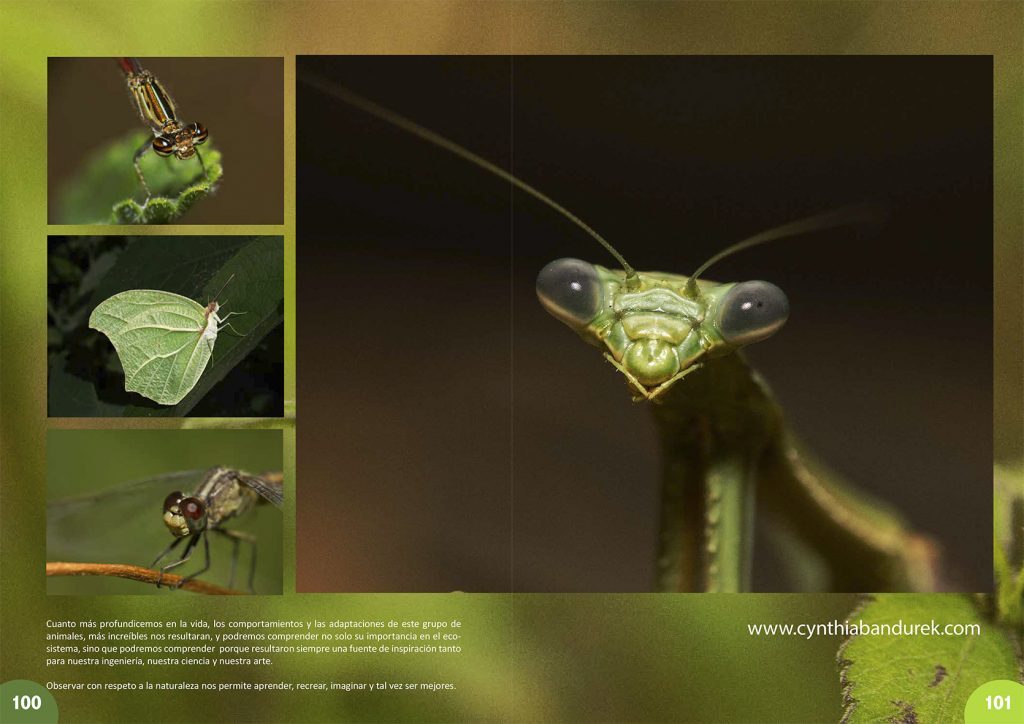