Charismatic and enigmatic, the glass frogs (Centrolenidae) are one of the highlights when you visit the rainforest of Central and South America. They have an amazing characteristic; a translucent skin that makes their insides visible. Simply looking through their underbelly gives a view of their intestines, lungs, and sometimes even their beating heart.

Most Centrolenidae are a shade of green, ranging from light lime green to dark green but the abdominal skin of some members of this family is transparent.

Some of them also have green bones because of green bile salts. Studies have shown that certain glass frogs contain a unique pigment in their skin that reflects the same wavelength infrared radiation that plants do. Infrared reflectance may confer adaptive advantage to these arboreal frogs both in thermoregulation and infrared cryptic coloration.

There is another feature that makes this group of amphibians striking animals. Parental care is common among glass frogs, and the males oversee that task. Males sometimes guard multiple clutches. Small clutches of eggs are laid above the water on leaves, rocks, or bromeliads. When the tadpoles hatch, they fall into the water below, and live in the muck and leaf litter on the bottoms of streams. The male glass frogs are particularly territorial when it comes to guarding its eggs against potential threats. It releases loud squeaking noises meant to ward off predators like wasps and other frogs, and sometimes can started a fight with the potential predator.

Glass frogs are nocturnal and spend their days hidden under leaves and among branches. They are mostly arboreal, typically inhabit the exuberant vegetation of the rainforests by rivers and streams.

There are about 130 known species of glass frogs, but in the tropical rainforest, scientists are often discovering new species.

New studies showed that the translucent skin can be useful for a cryptic strategy to avoid predators. The study found that porcelain skin can adapt to become brighter or darker to blend in with their surroundings. They also found that the frog’s legs were more translucent than its body, which helped diffuse the outline of its silhouette and shield it from the gaze of predators. But there is still so much to know about these magical creatures hidden in the tropical jungles.

Of the 134 species in this family, the World Conservation Union (IUCN) considers sixty to be at risk, and another forty-nine to be Data Deficient, which means too little information is available to make a judgment about the threat of extinction. Of the sixty at-risk species, six are Critically Endangered and face an extremely high risk of extinction in the wild.

Threatened and at risk of becoming threatened with extinction in the future. Habitat loss and possibly infection with a fungus, called chytrid fungus, are likely causing many of the problems for these frogs.

Species: Sparadana prosoblepon, pictures taken in Ecuador, both sides, Chocó Forest, and Amazon jungle at night always in the vegetation by the streams. I used a macro lens 100 mm 2.8 canon with a flash and a handmade diffuser.

Cynthia Bandurek is an Ecologist, naturalist, and nature photographer focus on Conservation. She also is a Contributor editor for Paws Trails. 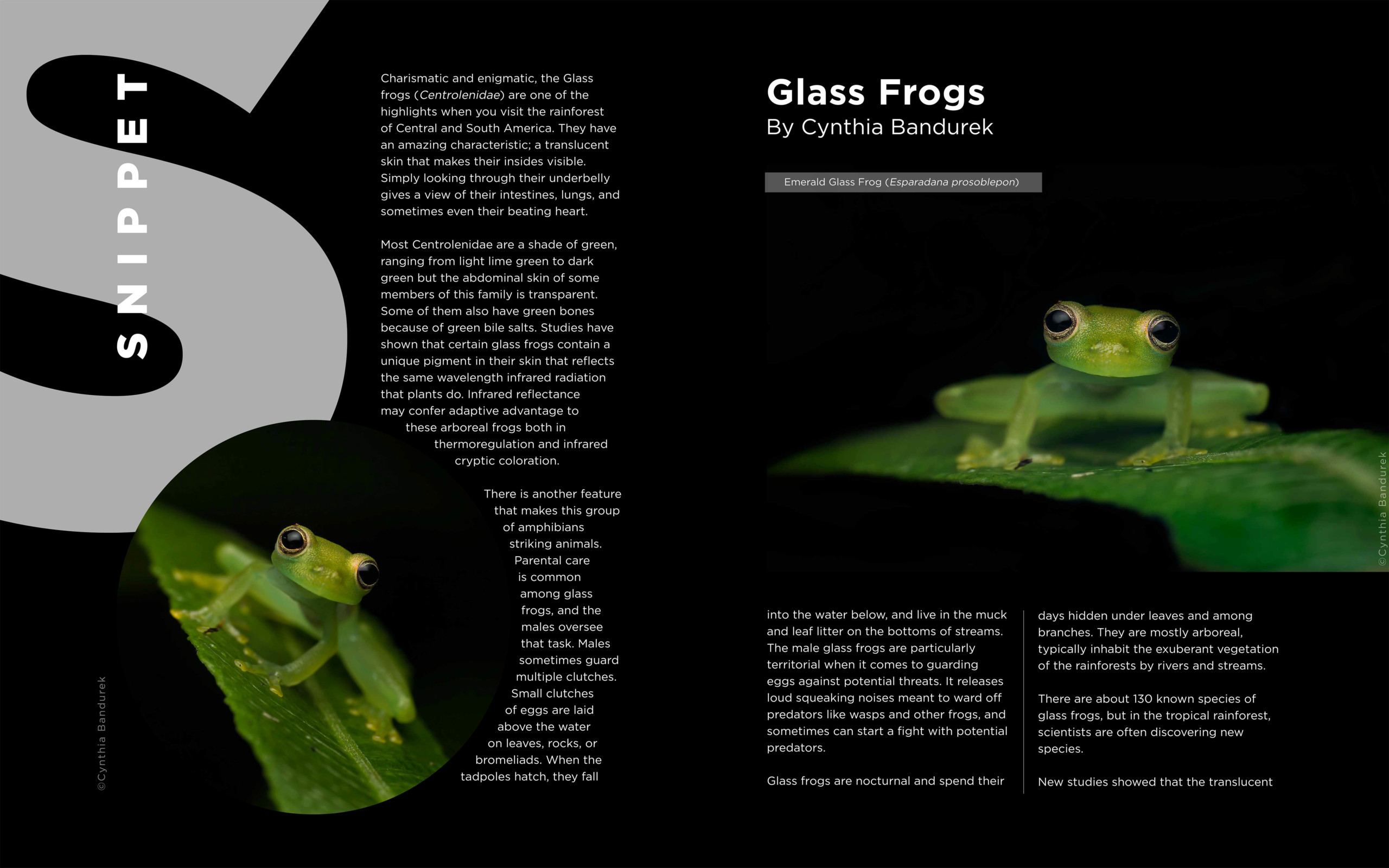 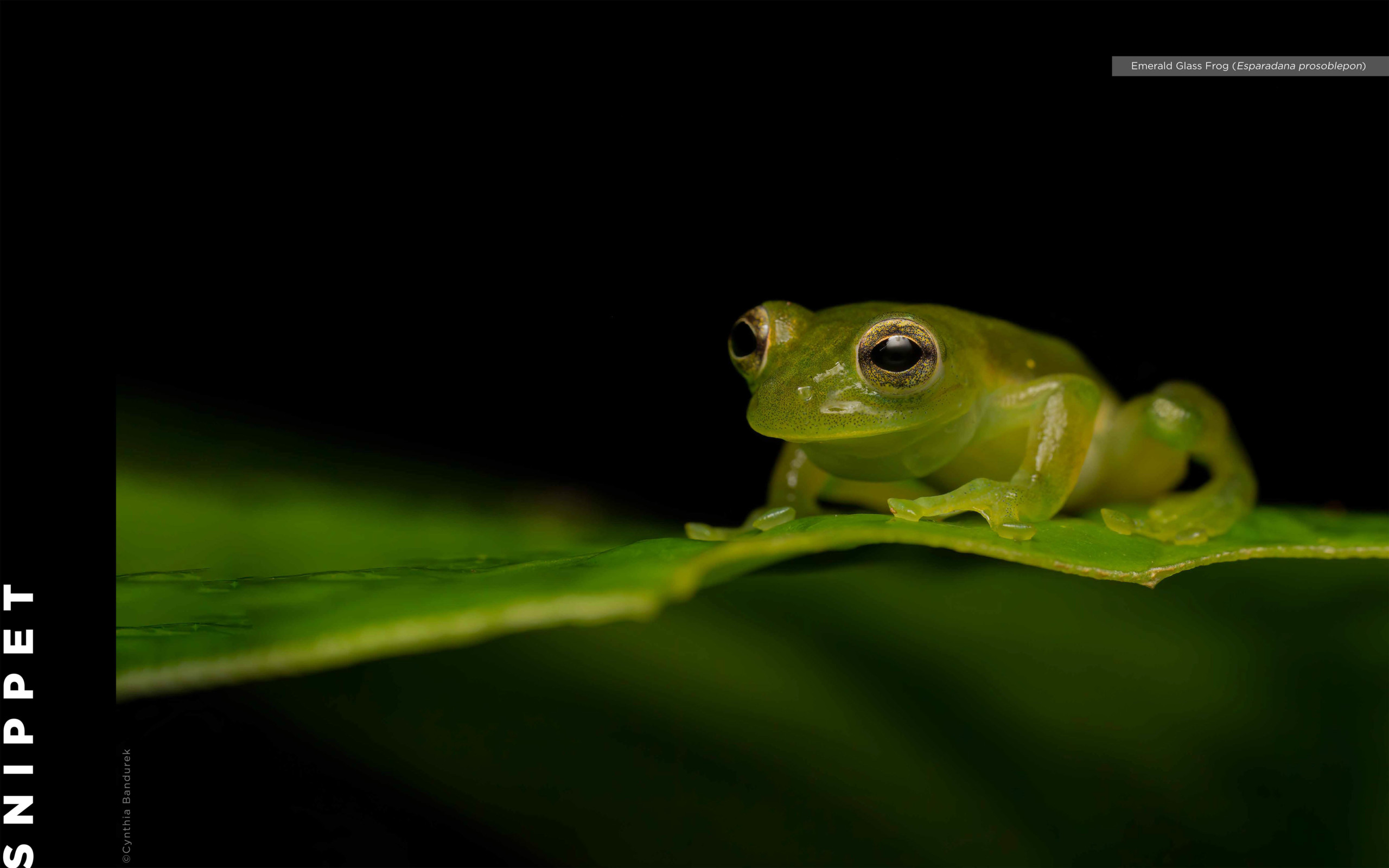 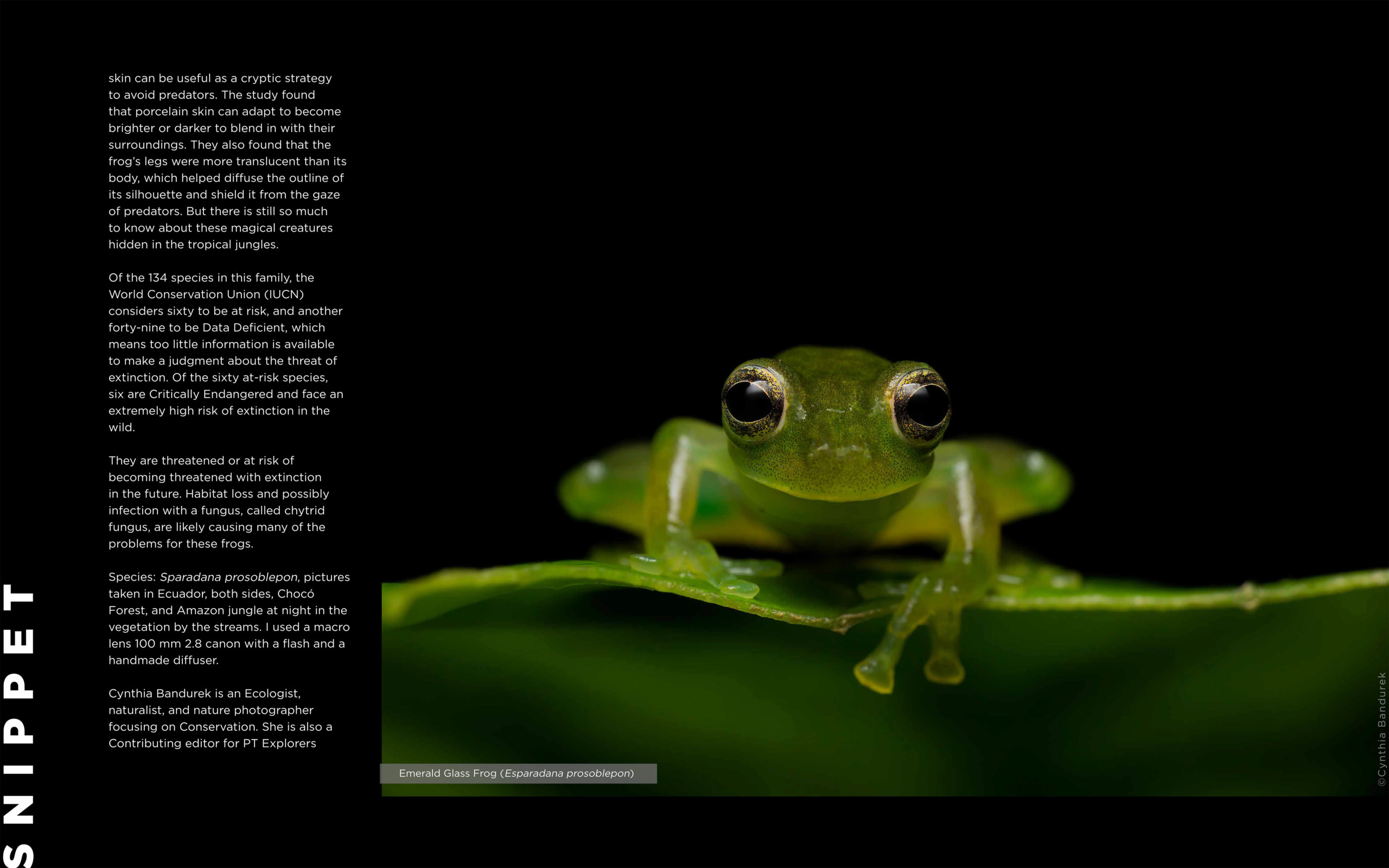 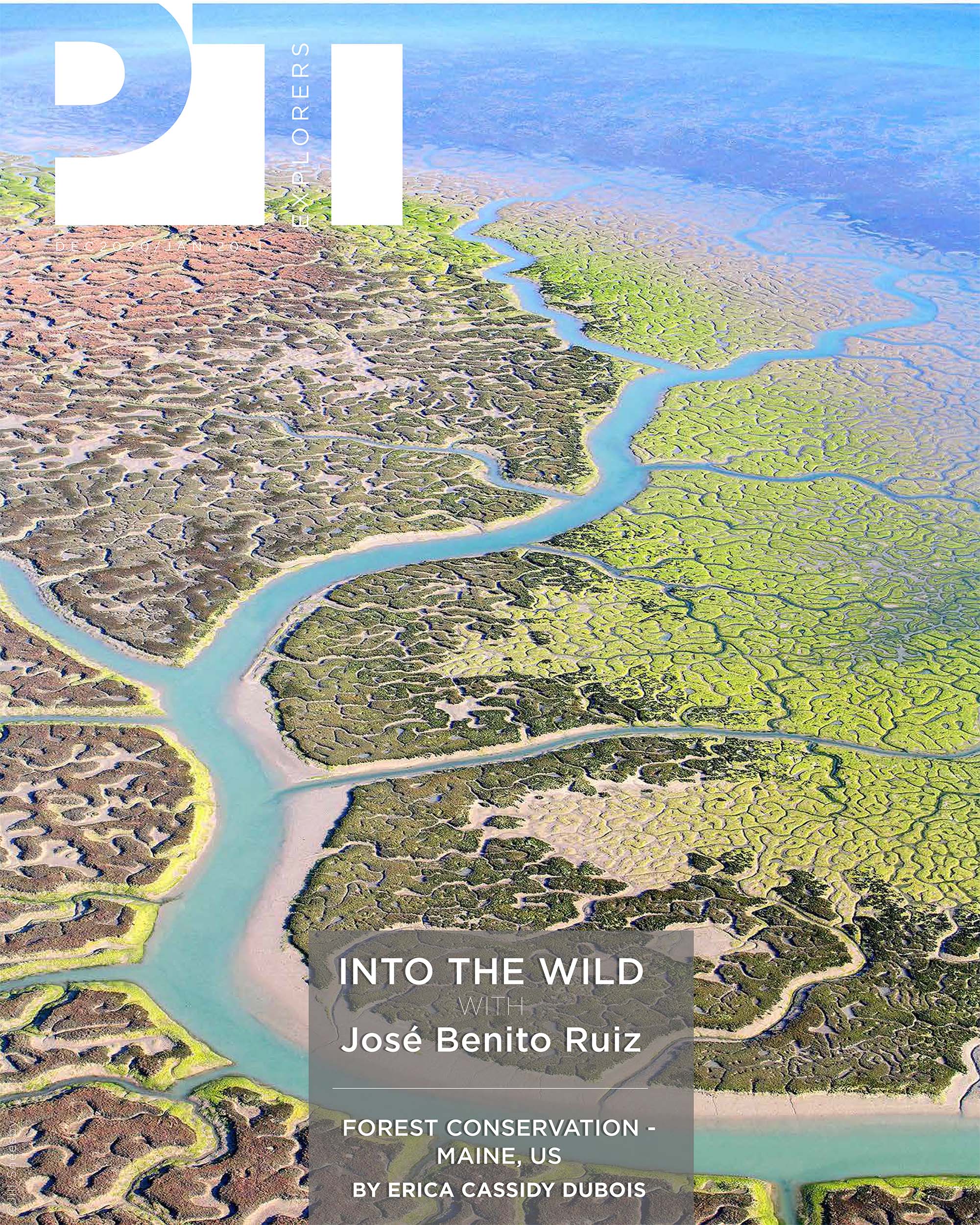